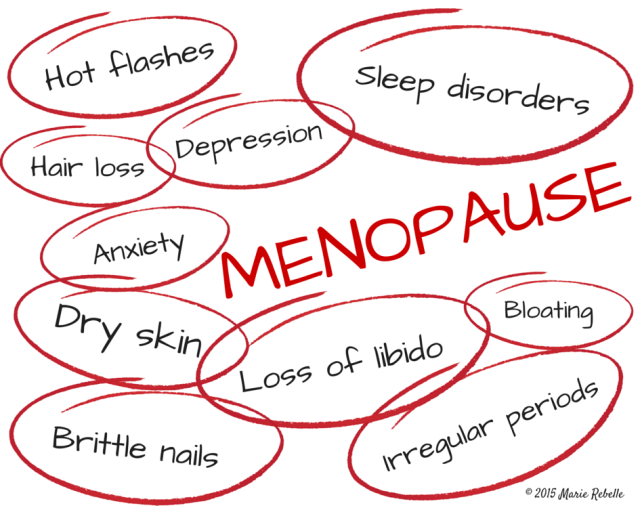 According to the Australasian Menopausal Society a woman is considered post menopausal when twelve consecutive months have elapsed since her last period. Last January I decided to put to bed some suspicions I had about the pill masking my embarkation into this post menopausal world.

One year later and my suspicions were confirmed. I am post menopausal.

My reproductive system has never been a source of angst, pain or any other issue. I started menstruating at age 11, a little earlier than most but without any real issues. Unless you count the ridiculous “birds and bees” talk or lack thereof that I received from my parents which led a terrified 11 year old girl to not understanding completely why she was suddenly bleeding and with no real idea of how to deal with it. No internet in 1983 to educate myself with.

Fast forward fifteen years and I have educated myself as much as possible. Actually probably a bit more than a lot of my peers given that I have been sexually active since age 17 and have managed to avoid STD’s and pregnancy while still having a good working knowledge of the bedroom. Mr Jones and I decide to have children quite soon after we are married. He is worried about not being fertile due to radiation therapy he had following a brush with testicular cancer.

He needn’t have worried. I was pregnant as soon as humanly possible.

Two mostly uncomplicated pregnancies and natural births later I continued on my sexual journey. I have had a couple of brushes with Chlamydia over the years but nothing else of note pertaining to my lady bits. I am happy to say my reproductive organs have served me well and performed according to design specifications.

Not surprisingly menopause seemed equally uneventful. Reading the list illustrated above I can tick off a lot of the symptoms there; hot flushes (“power surges” as a good friend refers to them), weight gain (or was that all the starchy, sugary food??) and some mild depression. Writing this I also noted brittle nails as a symptom. Yep tick. The depression has been around for a while in one form or another. Not entirely sure of the cause / trigger or extent. So I don’t know if it can be counted as a symptom.

The thing that caught me by surprise was the tears. I hate crying. I hate crying in front of anyone even more. I think Mr Jones can count on one hand the number of times he has seen me cry, until this year. Now I cry

About anything. Even when I want to stop sometimes I can’t. Even when I really need to stop I can’t. I hate it. Recently I received some negative news about my daughter’s application for a leadership role at her school. It just so happens I teach at the same school. I was fine in front of the students. In the staff room I couldn’t stop crying. I don’t even want to know what everyone thought. I just know that the tears would not stop. No matter how much I rationalised them, no matter how much I told myself to get over it. They just wouldn’t stop.

There were also a couple of incidents during pole classes where I had to leave the room to shed tears of frustration at the way my mind had convinced my body it couldn’t do something. I just can’t stop this water coming out of my eyes.

I have always wanted to be in control and look strong and powerful. Now in my middle age and perhaps with some of the wisdom that comes with that I have realised that being strong is not always possible or healthy. Slowly I am coming to terms with not always having the answers. My family finds this a bit confronting as I am the go to person if there is an issue. Being told to “work it out for yourself” or “ask your Dad” are relatively new experiences for my children.

I can still do without the tears. Tears are messy and crying leads to red eyes which leads to people asking if you are OK which means having to explain the source of not OKness which leads to more tears. Then you have to find tissues and splash water on your face. All too hard.

Recently I visited a psychologist for the first time. That was challenging but at least I didn’t cry. Small victory. One of the things he told me was I needed to slow down and take more time to just be. He is right of course. Maybe if I take his advice and chill for a little bit each day the tears will be easier to control. Maybe I just need to carry a box of tissues with me everywhere.

This post was part of Wicked Wednesday’s 400th prompt celebration.

I have also included this as part of Menopause Diaries. Both of these places have some amazing posts from amazing writers, I strongly encourage you to check them out.