Earlier this week I posted a potted history of my relationship with the big O. It wasn’t always a positive one but I have found myself in a good place now. When I was reflecting on my story I realised I left out reasonable chunk. Reflecting on the prompt for this week’s Food 4 Thought I felt it was an opportunity to add a post script.

Sometime around 2013 – 2014 I was diagnosed by my GP with depression. The diagnosis was a bit ad hoc and he readily prescribed a medication, Pristiq, a desvenlafixine. I trusted him, and like a good patient I went home and took my pills. I guess I was hoping that I would be able to treat this illness like others; take a medicine and be on my way.

Before I go any further I want to say that I didn’t and still don’t consider myself to be seriously ill. My illness did not stop me from getting out of bed in the morning and, for the most part, it didn’t stop me from functioning like a regular human being. It did make life hard for the people close to me and I believe people who cared about me know when things are not going well for me. But I don’t consider myself to be seriously ill like some people with depression are. I am not trying to get in their bandwagon, so to speak.

So one of the side effects of Pristiq is a decrease in sexual function. It didn’t make me less interested in sex per se but it did make it difficult to climax. I would feel the pleasure of being stimulated in a slightly dulled way but to climax sometimes required a lot of concentration and sometimes the effort was more than I had in me. Looking back I realise it was probably one of the reasons I withdrew from the world of swinging, writing and blogging.  I told myself that it was because my career as a teacher seemed all consuming and pole dance was a better way to use my time but maybe it played a bigger role than I realised.

Early in 2019 during a consultation with my GP I mentioned that I would like to maybe consider an alternate medication that would perhaps deal with this problem. I don’t know why it took me so long. Or why I chose to get on the roundabout of changing medication then. I just did. I had just received the news that my hormones were consistent with being post-menopausal. Changing medications while dealing with that major life change was probably not the smartest thing to do. But I did it.

So I changed drugs to Valdoxan which works in a different way to Pristiq. Instead of messing with serotonin levels it helps re-align circadian rhythms. Doctors out there please don’t annihilate me. I have probably summarised this a little incorrectly. The process of changing drugs was hard. I don’t need to go in to that. Doing this at the same time I was processing the concept of my changed fertility status maybe wasn’t the best choice. For a few months I was all over the place. I cried at the drop of a hat, I really struggled to life some days.

In line with my changes I found myself getting back to being the Gemma of old. It has been reassuring and has made me feel kind of back to my old self. In my original post I explained oral sex was something I had a very on and off relationship with. Since the changes I have been fortunate to meet two men who have been connoisseurs of licking pussy. They have been more than happy to be covered in my juice. I have been more than happy to cover them.

This post is part of Food 4 Thought Friday. Please click here to read the other entries for this week’s prompt Libido 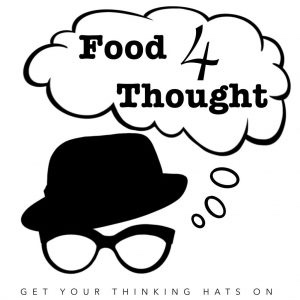 3 thoughts on “Post Script to My Journey Through Orgasms”